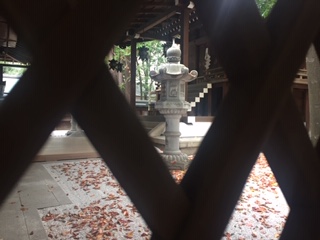 Hide Enomoto is a pioneer in professional coaching in his home country Japan and an initiator of the Transition Town movement in Japan as well as in Fujino, the community with which he currently lives. In his workshops, which he started some 20 years ago and meanwhile holds in China and South Korea, he helps people define work for themselves differently so they can create a more meaningful relationship with work.

Hide holds a M.A. in Organizational Development and Transformation from the California Institute of Integral Studies. His thesis was titled Create Your Meaningful Work.

In an interview I asked him what it is that people discover in his workshops and how to find the job you love. Here is what he shared.

Unless we change our definition of work, we can’t change our relationship with work

There are four common ways of how we see work, at least in developed countries such as in Europe, Japan and China. I call them the “4 Common Glasses”. In my workshops we discuss each common glass and then introduce an alternative glass or alternative way of seeing work.

As long as we put work and money together, we are stuck

The first glass is that “work is a means to make a living”. This is around the perception that if you do not earn money with what you do, it is not work. We humans have physical needs, which need to be satisfied, but we are also psychological or spiritual beings, who cannot be happy if we do not find meaning. So the alternative glass is to see work as a “process to explore and express your life purpose”.

Let’s say someone has found out that her life purpose is to treat people with kindness. If she comes across someone who lost his way, she will stop and take the time to show him the way. Having internalized her life purpose, she will do these things more and more consciously, thereby expressing her life purpose everywhere including at “work”. The same activity can be considered as work or not. We need to decouple work and money. We need to shift our focus from “money making” to “meaning making”.

Start with a hypothesis on your life purpose

It is not easy to find one’s life purpose, and it might take years. But, one can at least develop a hypothesis of what it could be. As you keep exploring, your hypothesis evolves. A good starting point is what gives you joy. It is worth looking at your genuine desires. If they are genuine, you pursue them naturally for the sake of itself without any reward. Especially in adulthood we develop desires, which are not genuine, but are rather about getting something. Looking into what gave you joy in childhood may be helpful.

I have no scientific evidence for it, but my experience is that when you keep on following your genuine desires, you will ultimately be led to your life purpose. This is how I found mine.

Doing what you love brings out your best

The second common glass through which people see work is that “work is something you should do” rather than “something you love to do”. In this way work will always feel like a sacrifice. Even if your current job feels like that, you could engage in something you enjoy outside of your work as a hobby. This will get you going, and you will start bringing out your best.

Given the intense competition nowadays, bringing out your best is much more important now than it used to be. I also believe that Artificial Intelligence (AI) is unlikely to take away work that you do out of love where you bring out your best compared to work you do not like to do.

You are bigger than your work

The third common glass of looking at work is that it is about “getting a job that you can fit in” rather than “creating what fits you”. Many people define work through their job titles such as sales manager or analyst. These are boxes, which someone else created for them. It is a limiting way of seeing work as you are assuming that work is bigger than you.

Instead, if you create something that fits you, you will be assuming that you are bigger than your work. This is why there are many entrepreneurs. But you do not necessarily have to quit your job. You can create something within your existing environment.

I want to share the story of a young lady, who attended one of my workshops many years ago. Back then, she was working as a sales assistant and was frustrated about the fact that she was only making copies and coffee for the salesmen. During the workshop she found out that her life purpose was to collect information and to edit it in a way that would be useful for others. She had been the editor of her high school magazine, which she really loved, but had forgotten about it. Starting to see herself as an “information editor”, she made the proposal to her boss to collect data about markets and products of interest and to produce reports for her colleagues. Her boss welcomed her initiative. Her satisfaction level increased within the same environment, just because she changed her definition of work.

I met her several years later to learn that meanwhile she had started her own business, a consultancy for young entrepreneurs in Japan, where she would collect information about new businesses in Silicon Valley and edit them for this target group. Even though her job changed from being a “sales assistant” to “entrepreneur consultant,” her work as “information editor” didn’t change!

Instead of focusing on what we do, the so-called box we are in, it is more important to focus on why we do what we do. In my workshops I ask the participants to list all the jobs they have ever been interested in and share why they were attracted to them. This normally uncovers the fact that there is a common “why” that underlies all the different jobs they had been attracted to.

The fourth glass is the belief that “you can only have one job” rather than that “you can have as many as you like at the same time”. This is changing now but up until recently having a stable job with a stable income or a single income stream was considered the ideal way. In Japan, 10 to 20 years ago, people were regarded as second-class citizens if they had a part-time job or two jobs. Meanwhile, these so-called “informal” jobs constitute 40% of the entire working population.

The ideal situation is, of course, that you can express your life purpose and also make a living with it. This is quite possible, but you need to have a transition strategy, which involves taking on more than one work at the same time. Many artists actually take on what’s called a “taxi job” such as literally driving taxis or waiting tables to support their living while taking time to work on their art. It is called a “taxi job” because, metaphorically speaking, a taxi is a vehicle that takes you from where you are to where you want to be. You can let it go once you are able to generate enough income by doing what you love to do.

When I started my personal coaching business in Japan 20 years ago, nobody knew about coaching. I couldn’t make a living just by doing it, so I initially worked as a translator, which was my taxi job. As I kept on offering coaching no matter how small it contributed to my income, I got better and better at it. Two years later, I was making enough income from it that I decided to let go of my taxi job. This strategy is therefore completely feasible. 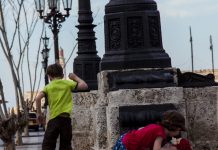 Clearing the Way for the New Generation 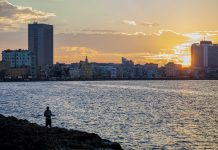 Why Companies Need a Purpose and Individuals a Mantra 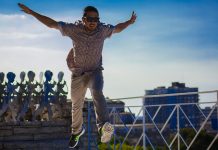 Why There Is No Such Thing as a Life Purpose