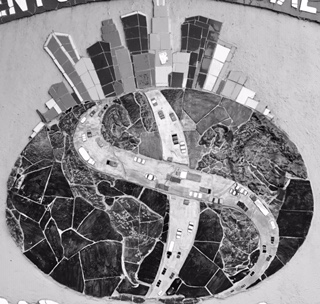 When you talk with people a bit longer about what they like or dislike about their work, they will at some point say something about their actual workplace. The physical spaces, where we perform work, do affect us, no doubt. This ranges from how we communicate with each other to how energized we feel at work.

When the world’s leading companies want to organize their workspaces in a smart way, ManagedbyQ offers the right solutions to create inspiring places. I interviewed Dan Teran, CEO and Co-Founder of ManagedbyQ, in their New York office, to talk about the societal aspects of work.

Here is what he considers to be crucial in the future.

We have to redefine our fundamental human rights

For me, the most exciting but also scariest aspect about the time we are living in is that as a human species we are getting really good at automation for the first time in history. We develop technologies that allow us to focus on joyful things and to benefit from human creativity. The flip side of that is that we need to answer many existential questions, such as, how do we cope with the inequality inherently created by the increasing leverage through technology.

It is difficult to make a statement on a global scale, but I have been thinking a lot about the United States, our social policies, and the role of the state. For the first time in history, we have plenty of resources to take care of the basic needs of everyone. It is just a matter of whether or not we choose to do so. Previous generations had no choice, but now we are generating so much wealth that we can actually create a foundation where people have access to fundamental things.

The question is then, what are fundamental human rights? That definition has literally changed as we have evolved as a species. The conversation that needs to happen in the next decade is on “what are these rights in the time we are living?”. In Europe, for example, it has been decided that healthcare is a human right but in the United States, we are still struggling with that concept. If you would not deny someone emergency medical care when needed, then probably you believe that is a human right.

When you redistribute wealth in a way that there is a set of common services, then you create a foundation where people feel comfortable to explore the things they enjoy.

A robust federal work program like the New Deal may be a way of distributing a universal basic income type of instrument. But I definitely think that it is highly unlikely that the free market solves for the distribution problem in terms of redistributing wealth so that all people can live in a way that any society would deem acceptable.

I don’t have the right answer on how we accomplish it. I don’t necessarily believe that humans are gratified when they are just given things. We may need to give people the opportunity to do fulfilling work. What fulfills us is the completion of tasks and the feeling of having accomplished something.

Another interesting aspect of our time is that progress is not linear. There is compounding returns, so it is hard to guess what is going to happen in five years from now. Where humans create value is where humans will continue to find meaningful work. My sense is that this is where creativity is applied and adds value to a situation. So entrepreneurship will continue to be the norm. I think that the new generation continues the trend towards entrepreneurship where people are rewarded for creativity.

The world is changing faster than it ever has before. It’s not an “if” but “when” a lot of these major shifts in the economy are going to happen, so it’s really important for people at the right level to have the conversation on what do we care about as a society. In this country we get very caught up in micro issues rather than talking about whether we agree as a society that this is a principal human right, and do we agree that someone should solve it. Then, it is an implementation detail. 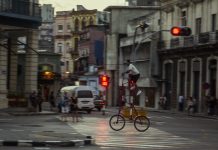 Why There Is Not an Ideal Organization, Only a More Balanced Mindset